Grab some ranch dressing and prepare to get those fingers covered in delicious wing sauce because we are smoking up some crazy good chicken wings. Ditch the fatty frying oil and grab some wood, let's roll some smoke!

Yes Oh YES, this IS the way to make chicken wings. Cranking up the temp gives these a nice crispy crunch along with that nice smoke flavor that excites your taste buds. Either leave em' naked or brush with your favorite wing sauce, you won't be disappointed.

There are going to be several options when buying chicken wings at the store. You will either have a package of:

I bought the flat & drumette together which I like to cut apart before cooking. You can leave them together, but you don't get the traditional wing experience that way!

Don't worry, separating these is extremely easy and all you need is a pair of scissors or poultry shears. First cut off the tip which has almost no meat and I don't bother smoking, then separating the flat from the drumette at the joint.

Once you separate these, rinse the chicken with cold fresh water and then dry with paper towels. Make sure to get the chicken as dry as possible, this will help the skin crisp up when smoked.

Salt and pepper the chicken on both sides and pre-heat your smoker to 200°F. I used my pellet smoker with a competition blend pellet. A traditional offset smoker with a hickory or apple wood would work great as well.

Were going to make these smoked chicken wings just like we smoked our spatchcock chicken, low and then really HOT!

Once the smoker has leveled off at 200°F, place your chicken flats and drumettes directly on the smoker rack and smoke for 30 minutes. After 30 minutes, remove the chicken from the grill and place back on a tray while you increase the temperature to 425°F.

You can leave the chicken on the smoker while increasing the temperature, but the skin won't be as crisp as it would if you remove it while heating. Once it hits 425°F, throw that chicken back on the grill for another 10-15 minutes until an internal temperature of 170-180°F is reached.

Use a instant read thermometer to check the internal temperature. It is safe to eat at 165°F, but chicken wings can handle a little more heat and are great a little warmer than the safe temp.

Like more of a messy wing? You can always dip your chicken wings warm wing sauce after you have finished cooking them. This will give it a more saucy and sticky feel. It's up to you!

There are a couple must have sides when it comes to serving chicken wings. these include:

Are chicken wings good for you?

Chicken itself is low in fat, but most chicken wings have skin which is higher in fat. These are not a 'healthy' food, especially when dipped in dressing. They are very TASTY though!

Does dusting with corn starch before smoking help crisp up the skin?

Not that I have found. I have tried this and can not tell any difference in the skin when using corn starch vs. omitting it.

Can I smoke at a low temperature for more smoke flavor?

Yes you can, but the skin will be rubbery and NOT crispy. If you want more smoke flavor and don't care about the skin, simply smoke at 200-225°F until an internal temperature of 170°F is reached.

Try smoking these dishes too 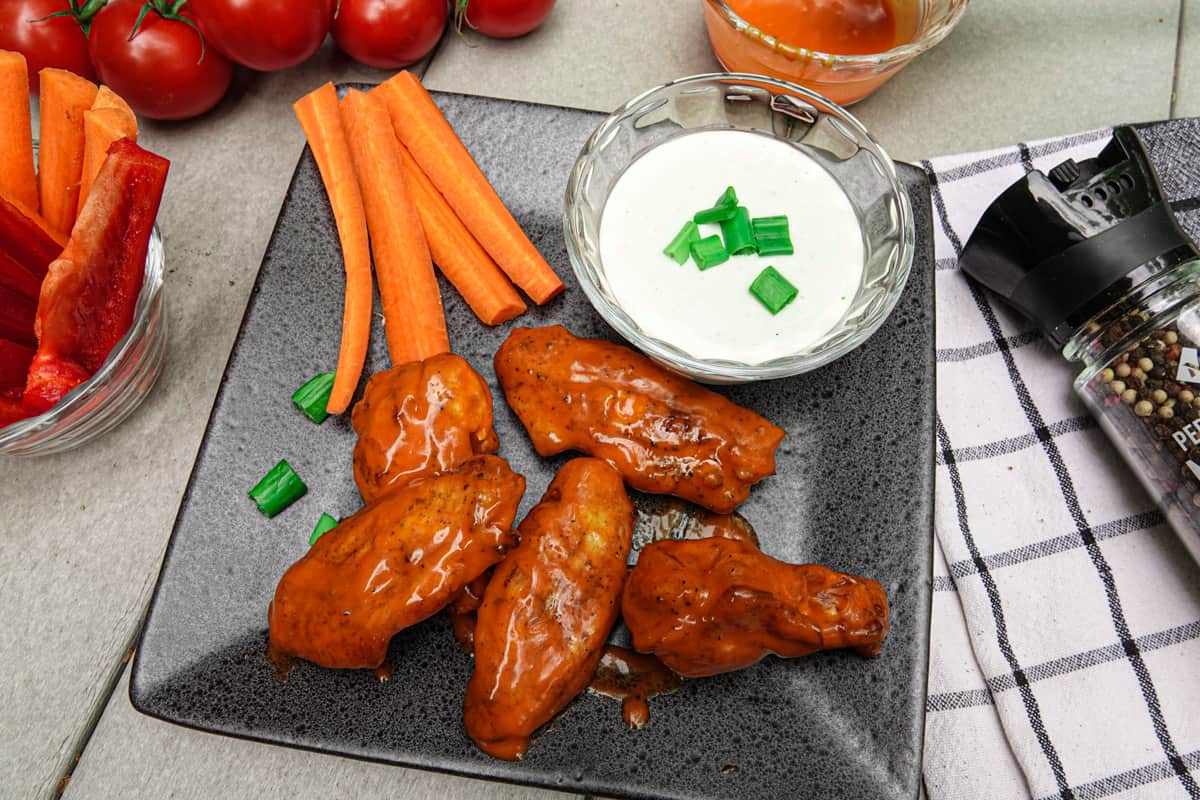 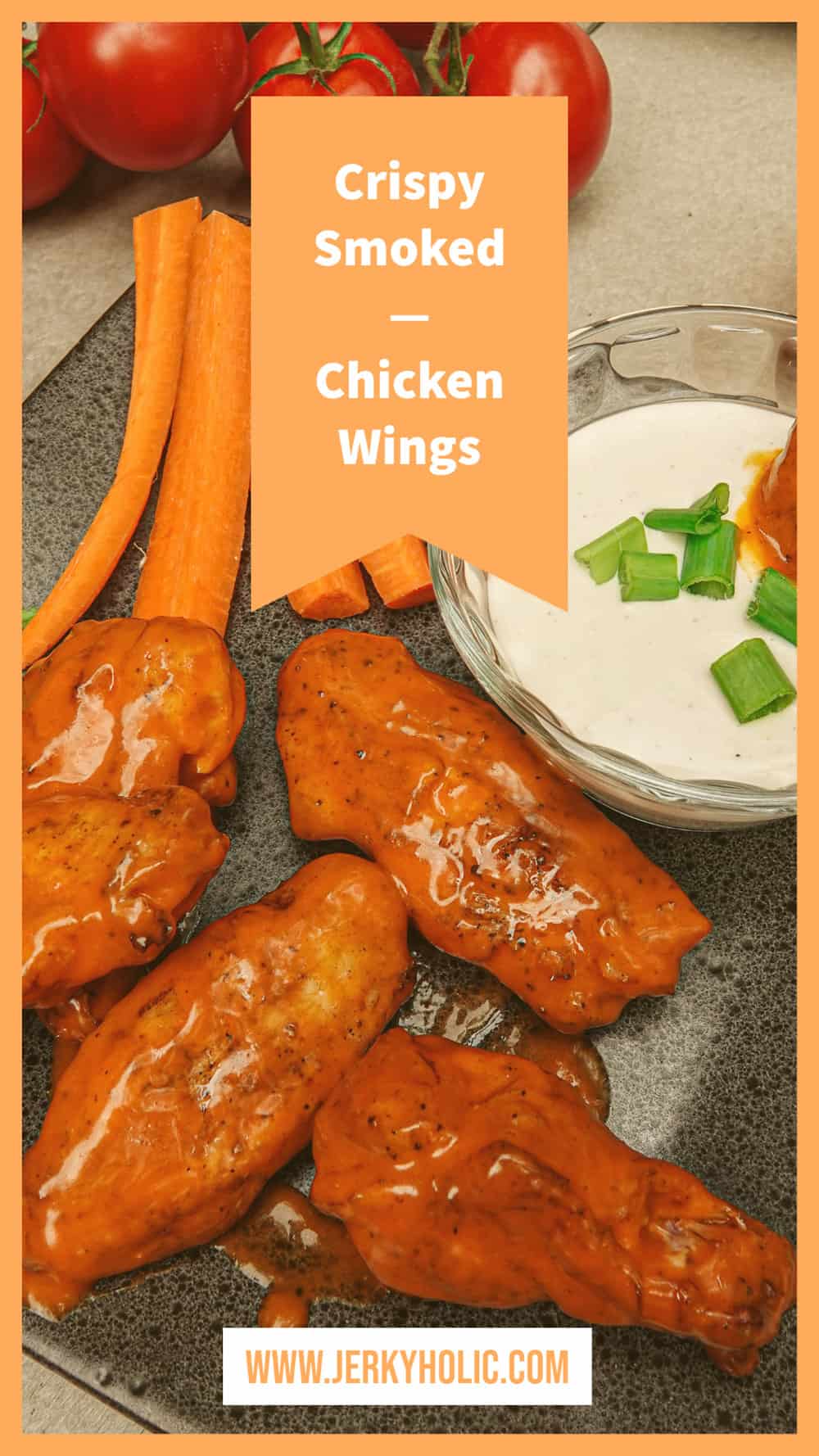