This jerky recipe is a great one that has an amazing sweet flavor followed by a spicy zing at the end. Rave reviews were received when I passed this jerky around at home and work. Everyone loved it!

I made this jerky AFTER I got back from a week long camping trip up in Canada. My wife and I went to Banff and Jasper National Park just west of Calgary. It was a fantastic trip in which I wish I had this jerky with me for all the amazing hikes we did.

I bought jerky while I was in Canada and was very unimpressed. I'm not saying that Canadians can't make jerky, because I know they can throw down some jam up dried meat, but unfortunately I didn't find any on my trip.

Being short on time, I purchased already thinly sliced Beef Top Round. This helped since I didn't have to break out my jerky slicer and slice the meat myself. It also was perfect because my local grocery store was selling these packages as 'buy one get one free'. Can't beat that!

I also marinated for about 7 hours instead of my usual 20+. Since the meat was so thinly sliced, the lower marinating time was more than enough to give this jerky an amazing flavor. After marinating, the meat was drained in a colander and patted dry with paper towels.

I used my Excalibur Dehydrator when making this jerky. I love using this dehydrator. It's very quiet, has a very large capacity, and produces some really tasty jerky!

It took a total of 4 hours at 160°F to turn out just perfect. The thinly sliced meat was the perfect size for jerky and the flavor was on point.

The brown sugar and honey give this jerky a nice sweet flavor when you first start to chew. After a couple of seconds the salty soy sauce flavor will come out making it very savory. Finally, when you are finishing up your piece the heat from the red pepper flakes and black pepper will have you reaching for some water.

This jerky was very popular at home as well as at work. Everyone that tried it LOVED it. It's easy to see why with the ingredients and flavors that are packed into this meaty snack. Definitely put this recipe on the top of your 'to try' list! 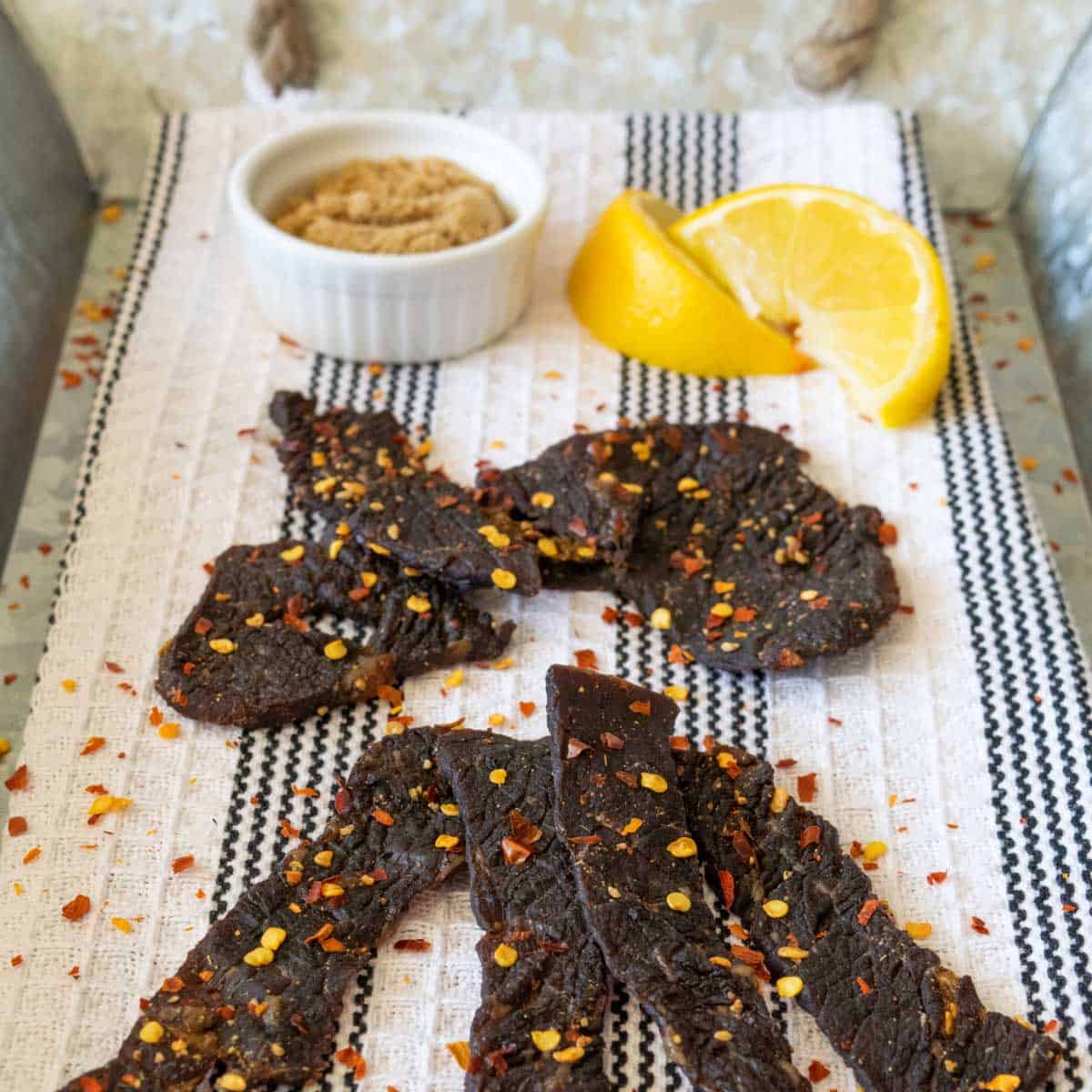 This jerky recipe is a great one that has an amazing sweet flavor followed by a spicy zing at the end. Rave reviews were received when I passed this jerky around at home and work. Everyone loved it!
Print Recipe Pin Recipe Rate Recipe
Prep Time: 30 minutes
Cook Time: 4 hours
Total Time: 4 hours 30 minutes
Course: Beef Jerky
Cuisine: American
Type: Beef Jerky
Flavor: Sweet
Servings: 4
Calories: 267kcal
Author: Will 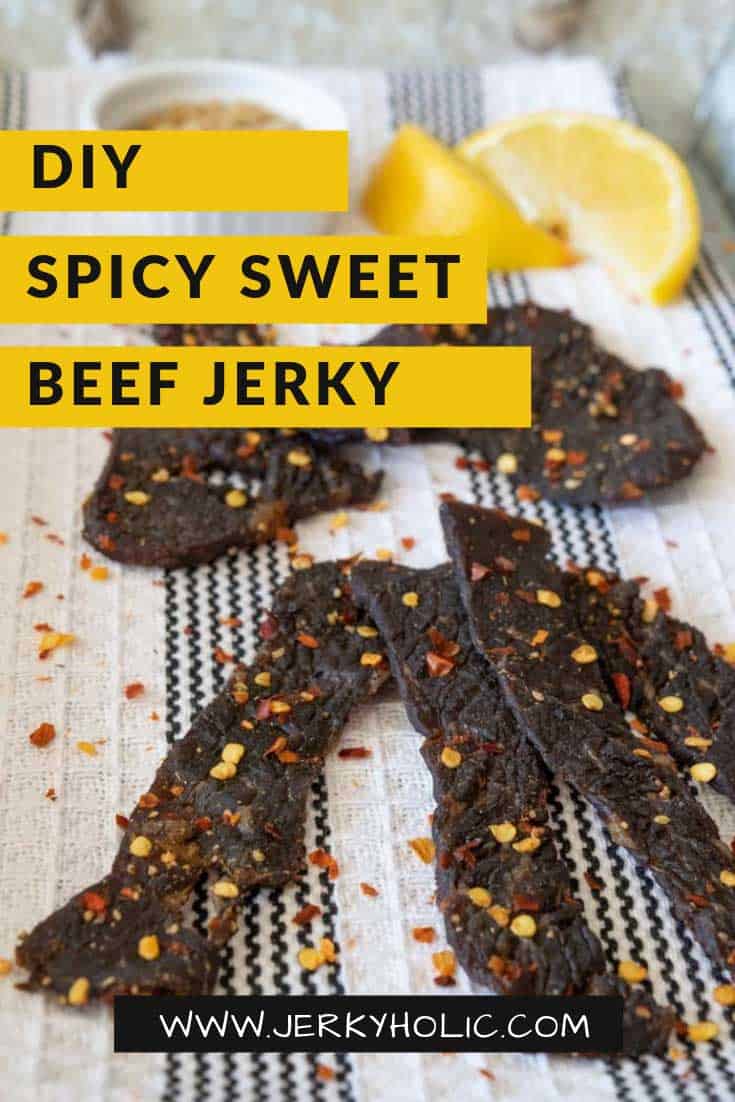