One of the most intense hot sauces I have ever tasted was in the Bahamas made by a woman named Glo. It was HOT, and I tried to replicate the spicy intense flavor in this fantastic tasting beef jerky recipe. 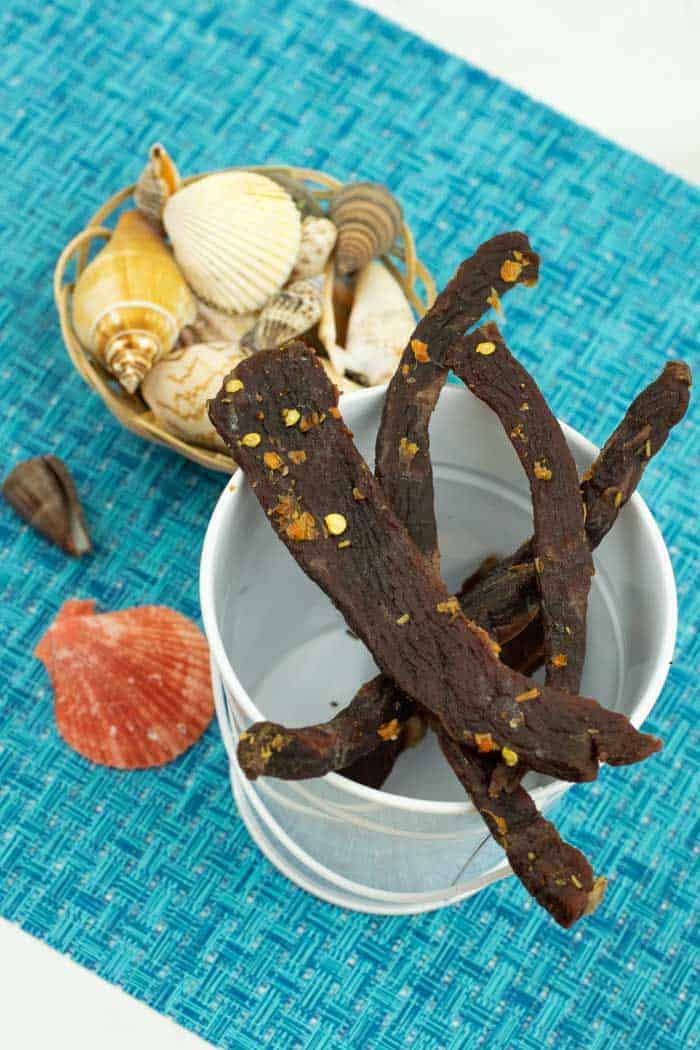 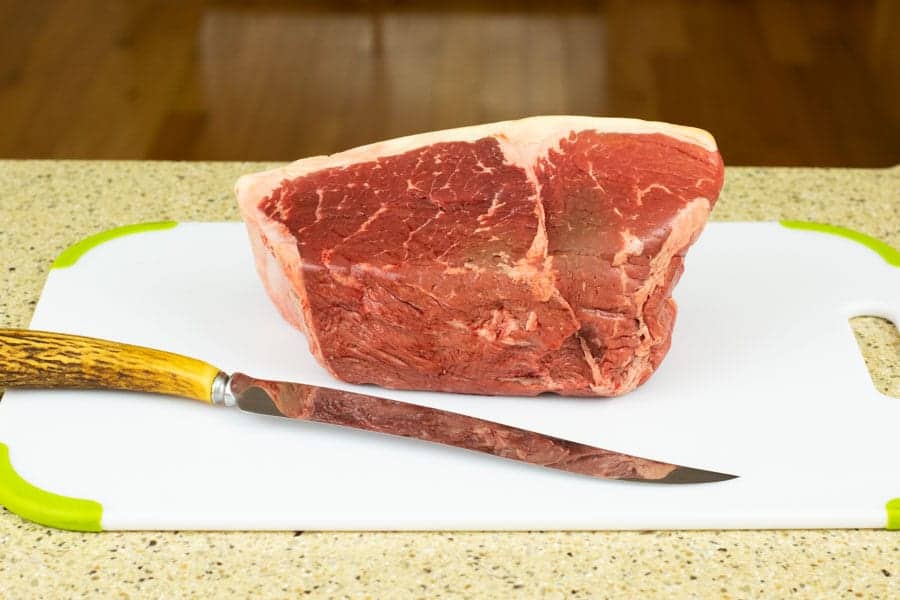 The second step is to trim the beef of all visible fat. Trimming the beef now will help the jerky last longer when finished. 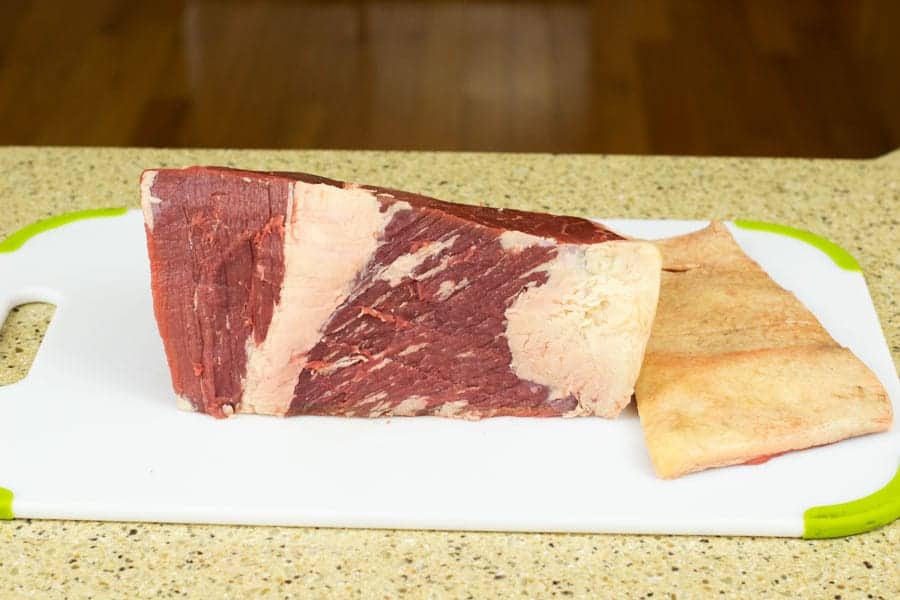 Fat spoils faster than the meat resulting in a shorter shelf life once finished and packaged. So get all of the fat off that you can now! 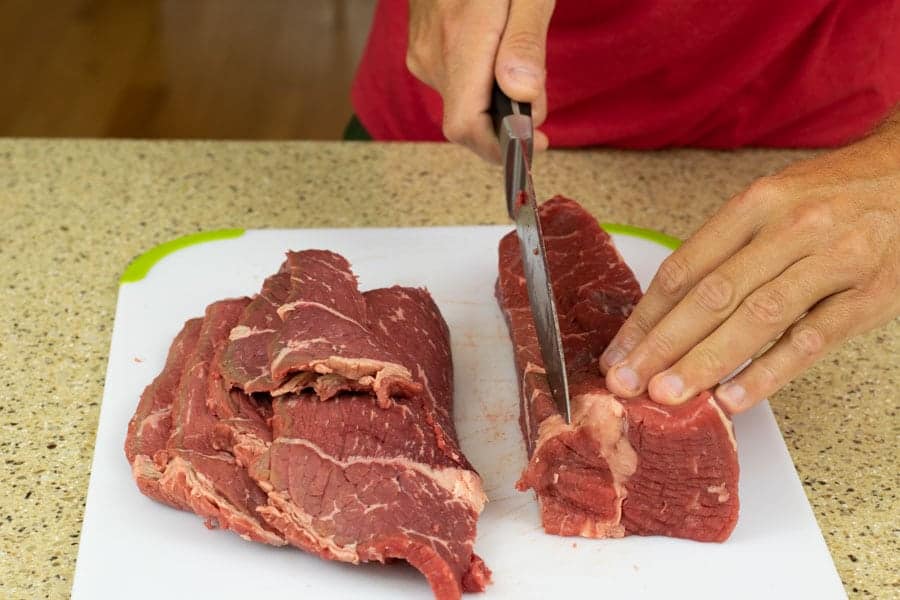 Slice the beef strips into a size of your liking, 1/4″ thickness is very common for a good bite. Slice with or against the grain for your desired chew.

The way the jerky is sliced has a big effect on the consistency of the finished jerky. I have A LOT of information on slicing jerky, so when you are ready, check out my slicing jerky page to learn everything you need to know.

I didn’t use it on this recipe, but a jerky slicer is a TERRIFIC piece of equipment to help get even strips when slicing jerky. 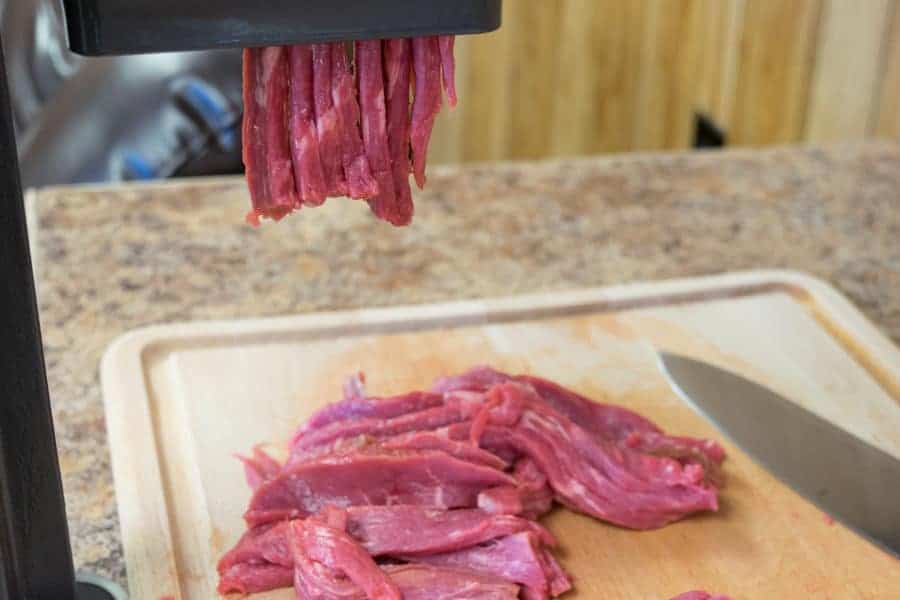 To make a really spicy jerky, very hot peppers must be used. In the original hot sauce goat peppers were used, but those are very hard to find.

Since Goat peppers resemble habaneros and scotch bonnet peppers, I decided to go with habaneros. They are easily found in every supermarket across the country. Let's make this marinade... 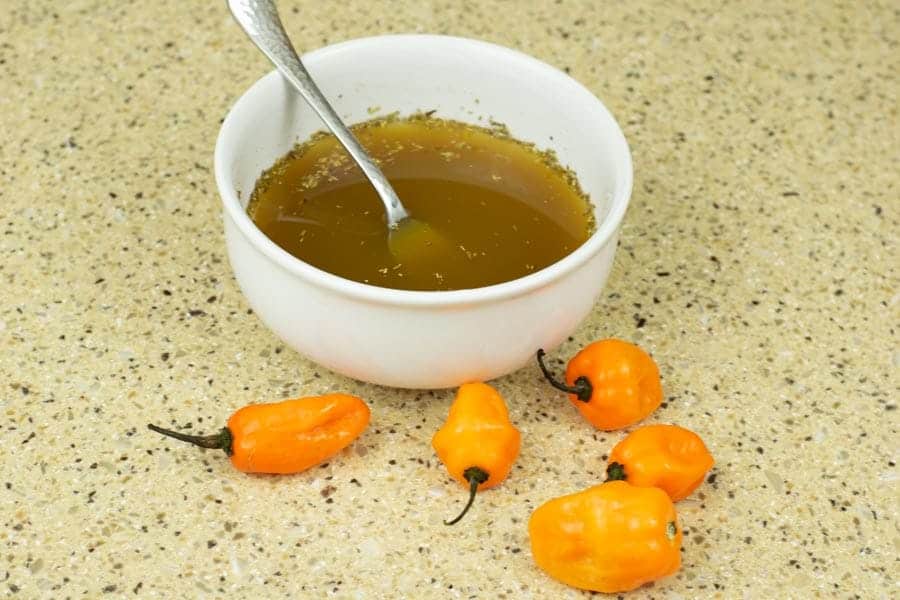 Start by mixing all the ingredients, minus the peppers in a bowl or blender. Since I am using whole peppers in this recipe, using a blender is the best way to fully incorporate them into the marinade. 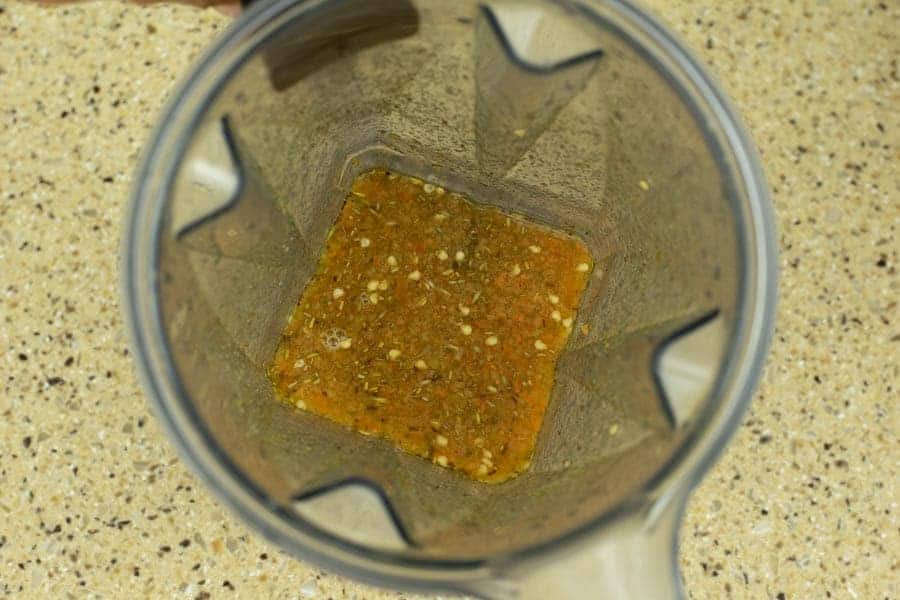 Add the peppers whole (minus the stems) to the other marinade ingredients inside a Vitamix blender. Blending the peppers REALLY makes the jerky so much more flavorful and spicy! 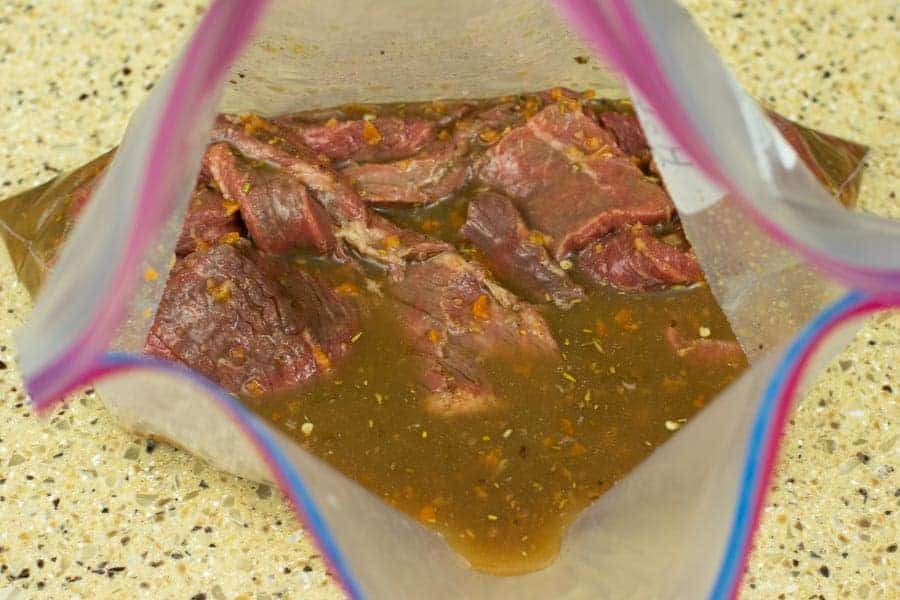 Place the previously sliced beef in a ziplock bag and pour the blended marinade over the strips. Marinate in the refrigerator for 6-24 hours mixing the bag up several times to further make sure the strips are evenly coated. This makes sure the every piece of finished jerky has a consistent flavor.

If you are in a rush, these vacuum marinating machines do work pretty well. About 1/2 an hour and your jerky will turn out like it marinated for 12 hours. Not bad! 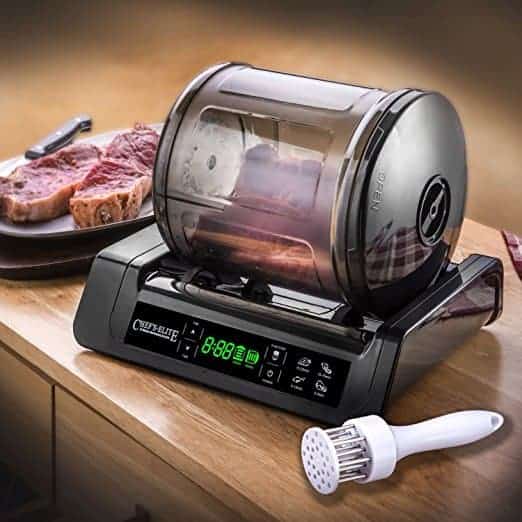 Once the meat has finished marinating, strain any excess marinade in a colander and pat the strips dry on paper towels. This beef was marinated for a total of 20 hours before straining. The longer the marinade process, the more intense flavor the jerky will have! 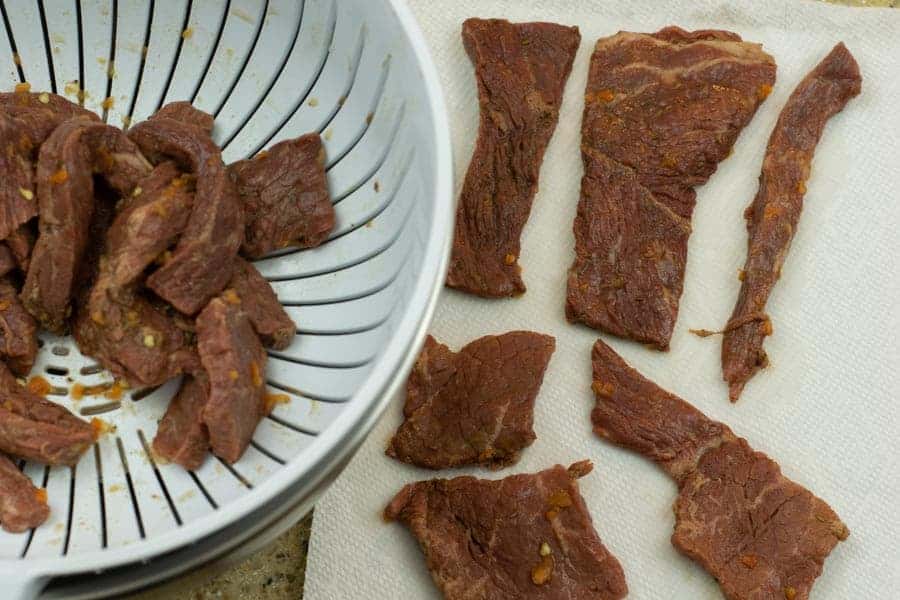 Patting the meat with paper towels removes any excess marinade which speeds up the drying process and also prevents a “sticky” feel when the jerky is finished dehydrating.

A Nesco Gardenmaster Dehydrator was used when making this beef jerky recipe. I LOVE the Nesco dehydrators. They work great, are reasonably priced, and they last a long time! 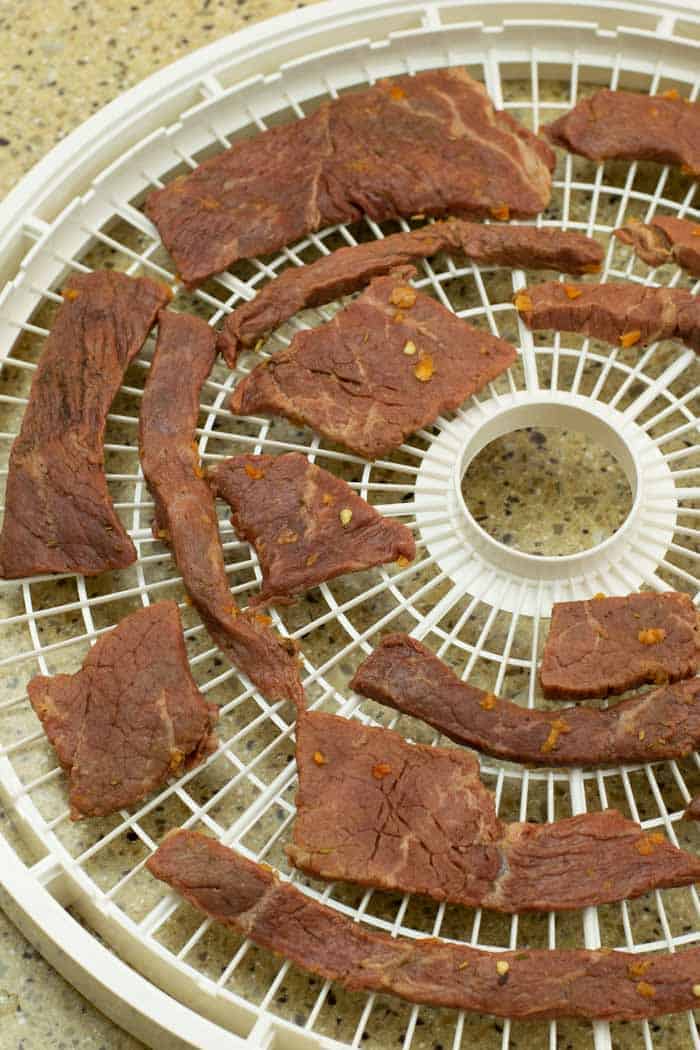 Leave space between the jerky so air can flow freely drying each jerky strip evenly.

Testing For When The Jerky Is Finished

While drying the jerky, you want to start testing to see if it has finished at about the 3-4 hour mark. Take a piece of jerky out of the dehydrator, oven, or smoker and allow it to cool for 5 minutes to room temperature. The jerky will harden slightly once it has cooled down, so not allowing a piece to cool before testing can result in over drying the jerky. 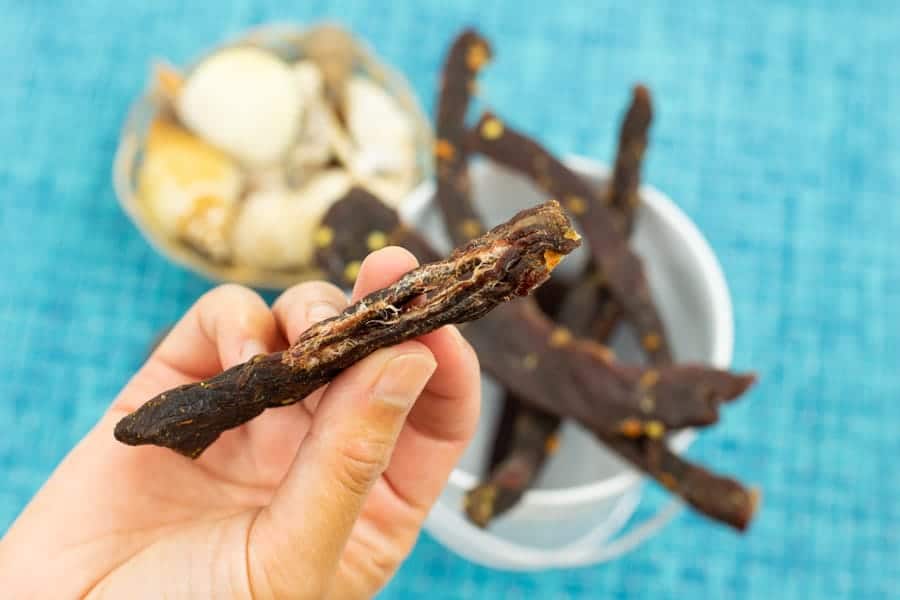 Bend the jerky in half; it should bend and crack but not break in half. You will also see white fibers in the meat. The fibers are really visible when a piece is ripped or bent in half as shown above.

This jerky took 4 1/2 hours to be finished. 90% of the jerky I make is finished within 4-6 hours when using a dehydrator or oven and 6-9 hours when using an electric smoker. If pre-heating the meat in the oven, drying time can be as little as 2.5 hours.

To make the jerky last as long as possible, curing salt will really help along with keeping in air tight containers. I have put together a page on storing beef jerky and steps you can take to make your jerky have an extended shelf life.

So let's talk about how this jerky turned out! Amazingly spicy and sweet. My wife called it a "spicy savory sweet treat". That's a really good endorsement as my wife is not usually partial to spicy jerky. The habaneros were balanced nicely by the sweetness of the apple juice giving it a fresh crisp bite. 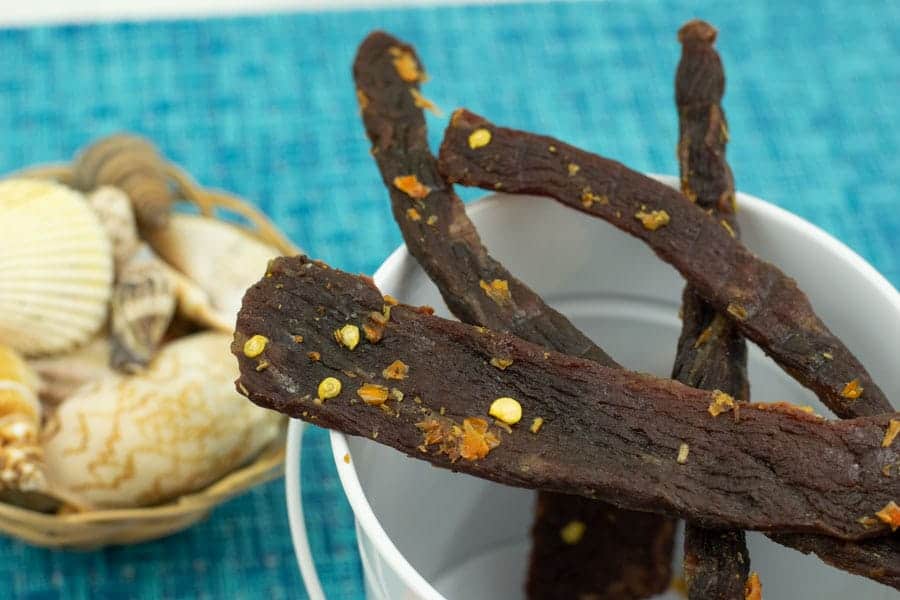 For more in depth directions on how to dry your beef jerky, visit my pages with IN DEPTH instructions on each jerky making method

-Jerky in a dehydrator

-Jerky in a smoker

-Jerky in an oven