The silk road was a trading route that ran from Europe around the Mediterranean eventually all the way to China and beyond. This recipe has Sumac as the star ingredient, which is from the Mediterranean...

You might be asking, "so was Sumac traded along the silk road?" Uh, I don't think so. But I needed a name for this jerky, and since I already have a Mediterranean Jerky, I named it Silk Road Beef Jerky.  See how simple my mind works? Ha. 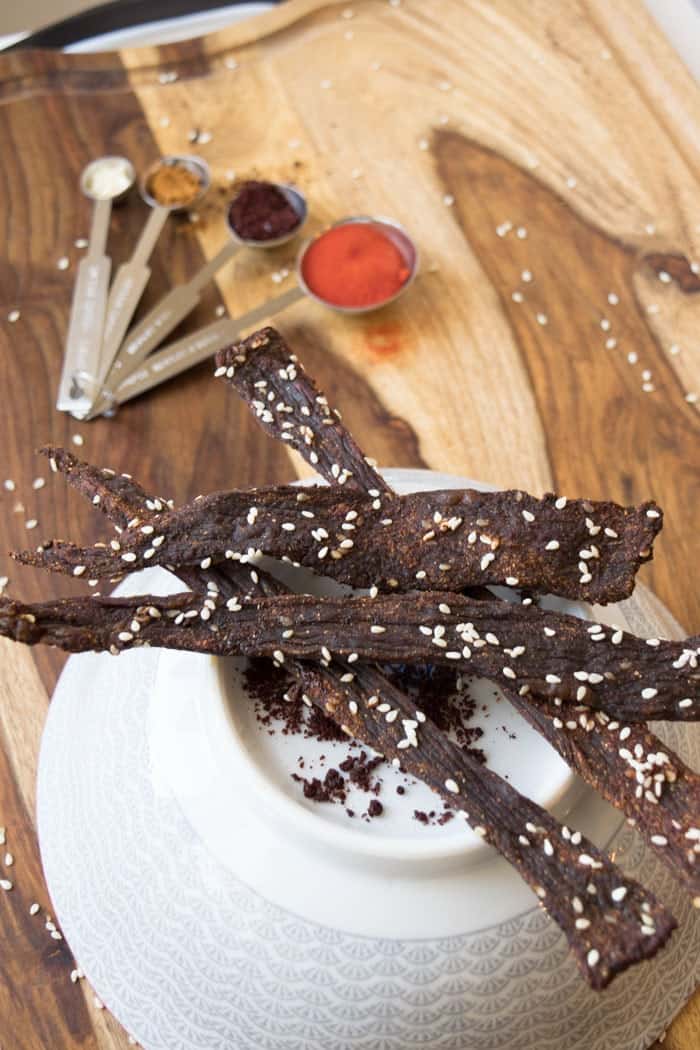 As I mentioned before, Sumac is the star ingredient for this recipe. I bought mine at a spice shop down the road in Boulder. You can find some at a local store near you or buy some Sumac on amazon. 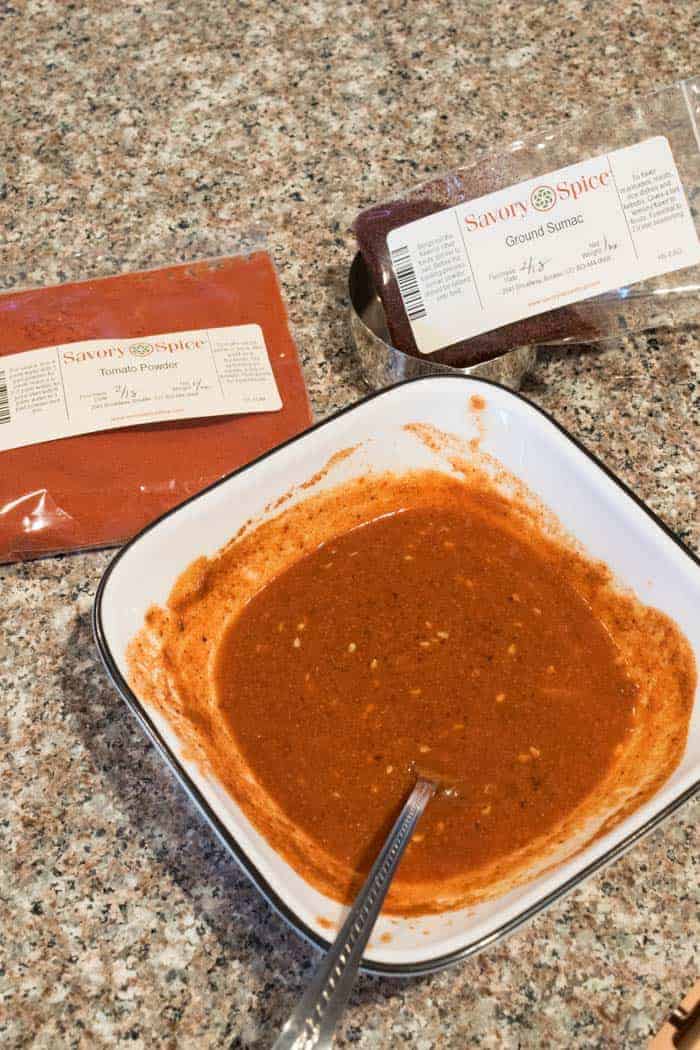 Sumac is a spice from the middle east that has a tangy lemony flavor. It's normally found and used ground, not whole. It's fantastic!!! I also used some tomato powder that you can find at a local spice shop or online, of course... 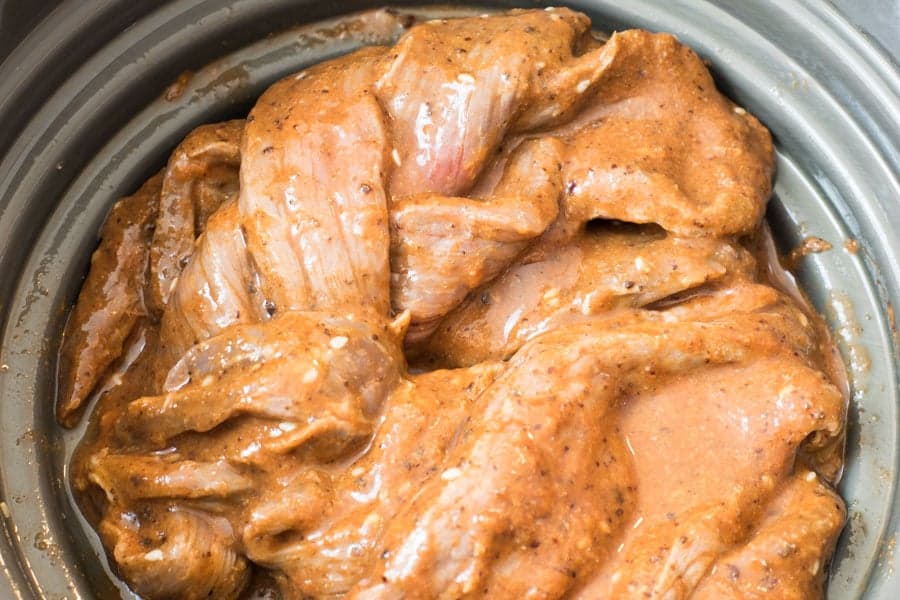 After marinating for 12 hours, I strained in a colander and patted dry with paper towels. 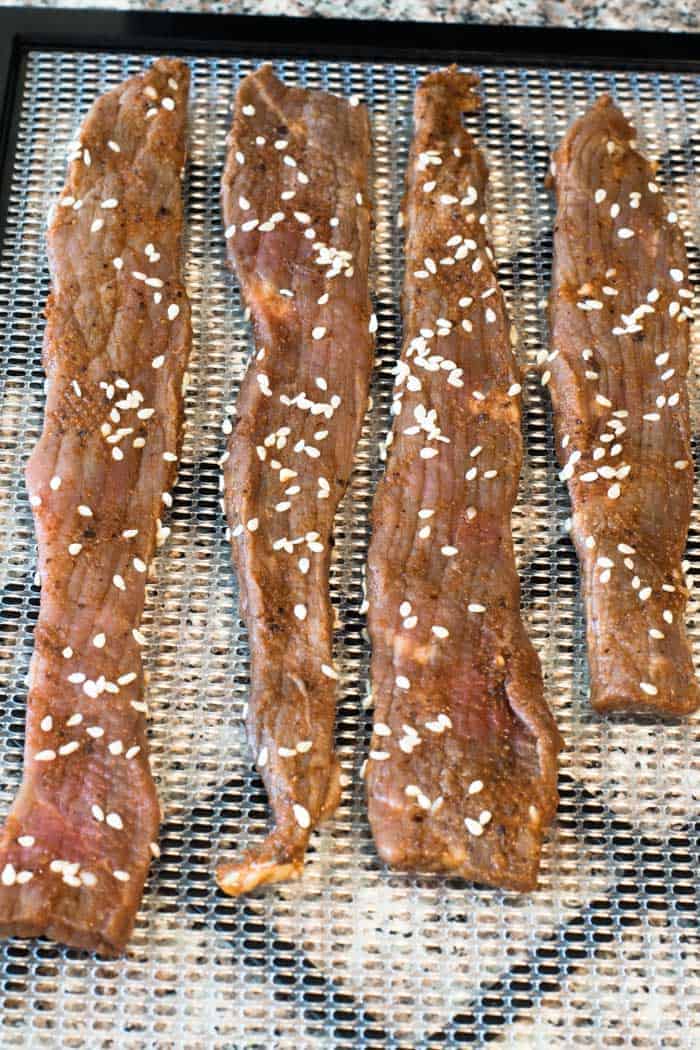 After patting dry with paper towels, sprinkle on extra sesame seeds to enhance the flavor and make it look that much better! I put the strips on my Excalibur Dehydrator trays and dried for 4 hours at 165°F. 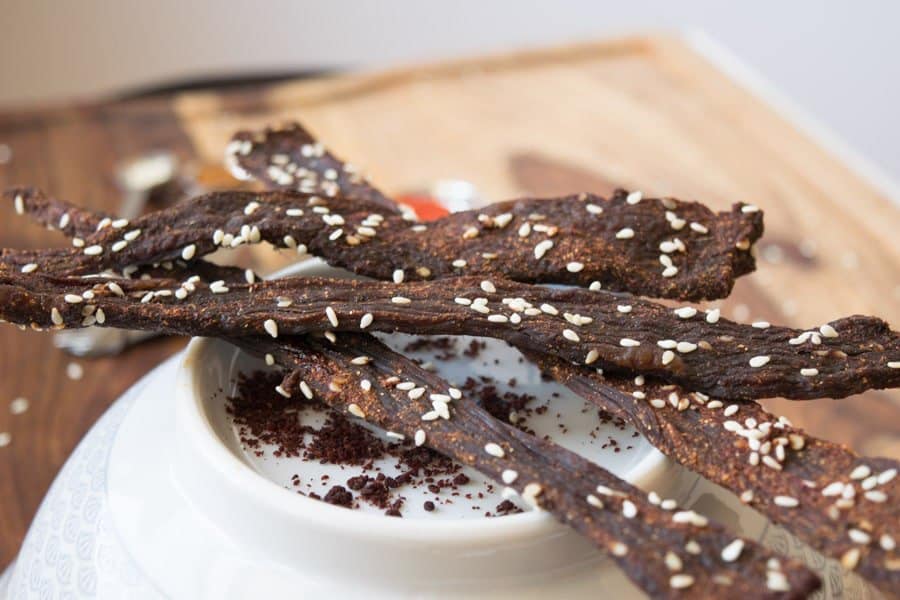 This jerky turned out VERY yummy! A great flavor comes through that is tangy and tart. The sumac really steals the show adding a little lemony flavor. This is followed by a hint of cinnamon that rounds out the jerky making it a definite keeper! There isn't much of a tomato flavor, so if you like tomato you might need to add a little more. VERY GOOD!!!

For more in depth directions on how to dry your jerky, visit my page Jerky Making Methods or click on the pictures below. 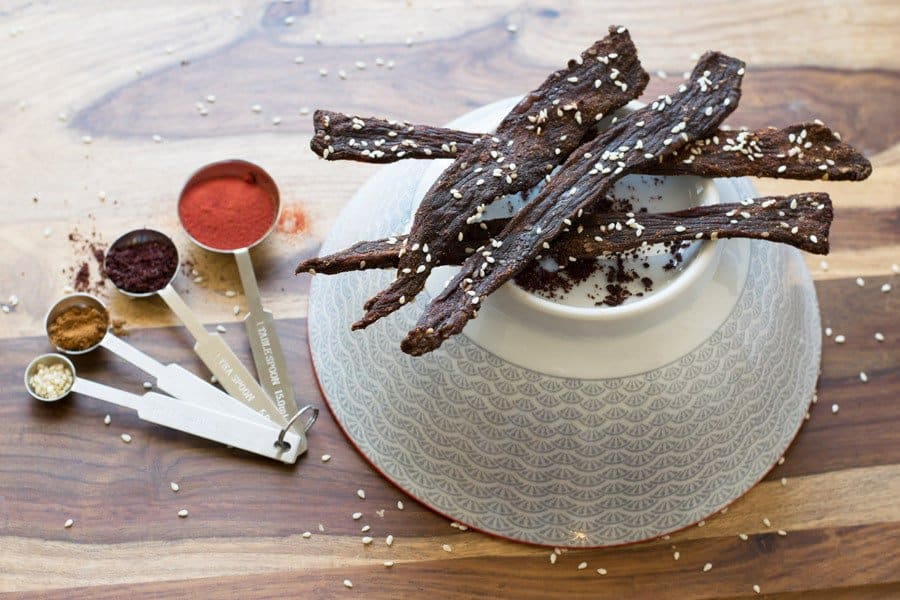