Yuzu is a tart and citrus fruit which grows in East Asia that resembles a small grapefruit. Yuzu Kosho (seen below) is a pasty Japanese condiment that is made of three ingredients: yuzu zest, salt, and chiles. 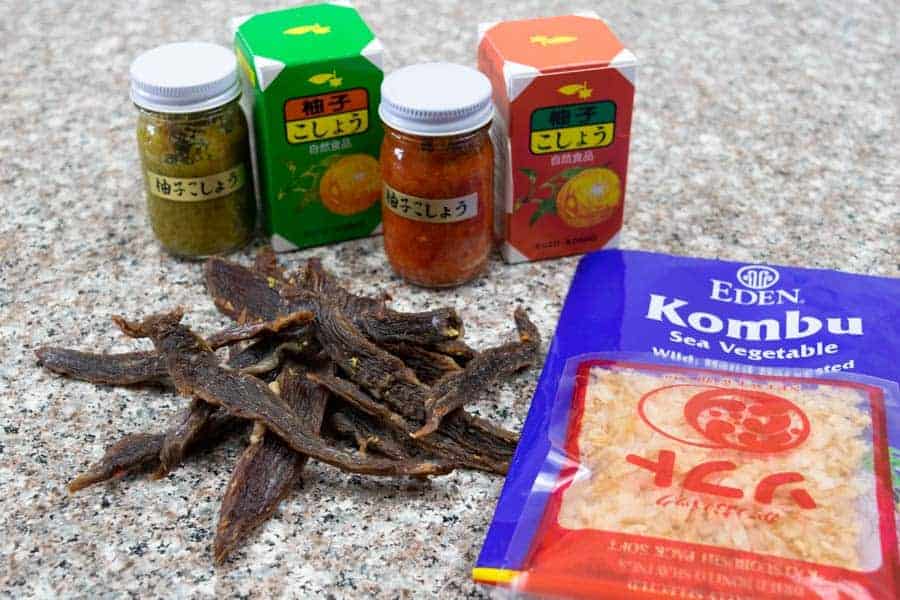 My wife is the brains behind this jerky, and keeping with her tradition of making food with either a zillion ingredients or steps; this jerky recipe is no exception. It's inspired by a Chilean Sea Bass dish that was served at our wedding, so it reminds us of a special time whenever we make it. So if you are ready to take some time and put in some hard work in the kitchen, this amazing jerky will not disappoint!

Using a Tri-tip roast, it was sliced with my Weston Jerky Slicer making all the strips an even width which is great for drying. The Tri-Tip had a little too much fat for my liking, but had wanted to try that cut for a while now. I would recommend sticking with an eye of round roast which has less fat. 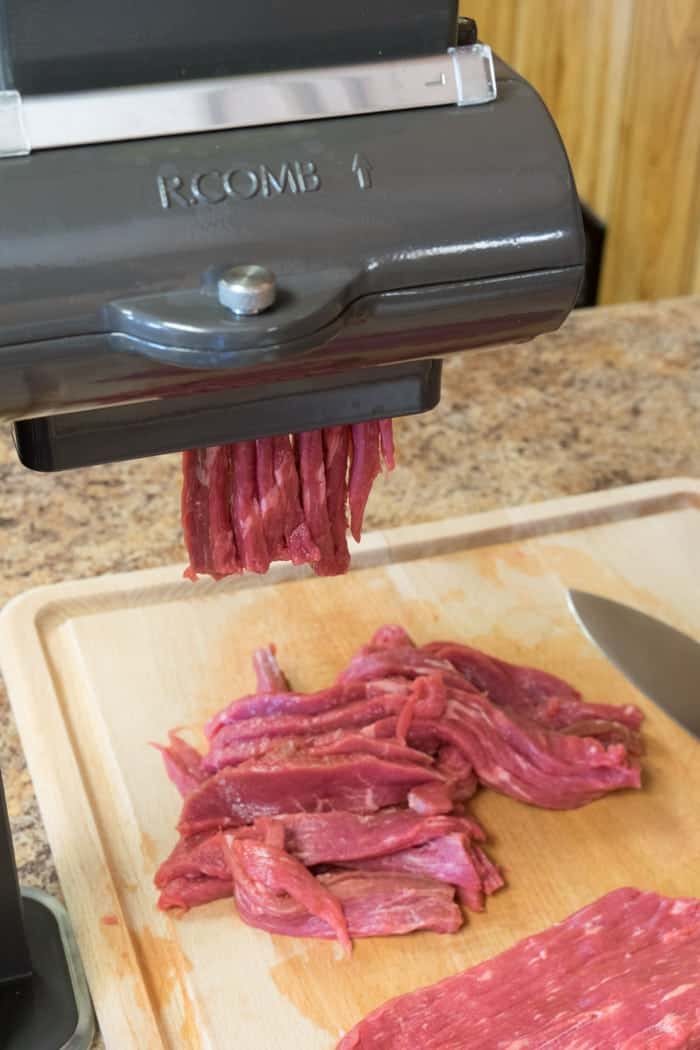 After slicing your beef, set it in the fridge while you prepare the marinade. The main ingredients in this marinade are the Red and Green Yuzu Kosho. The red yuzu is made from red chiles and the green from green chiles. The red yuzu is very spicy, so use sparingly! You can find these in an Asian supermarket or buy purchase online at the link I provided. The marinade is made up of two broths; a Dashi broth and a mushroom broth. 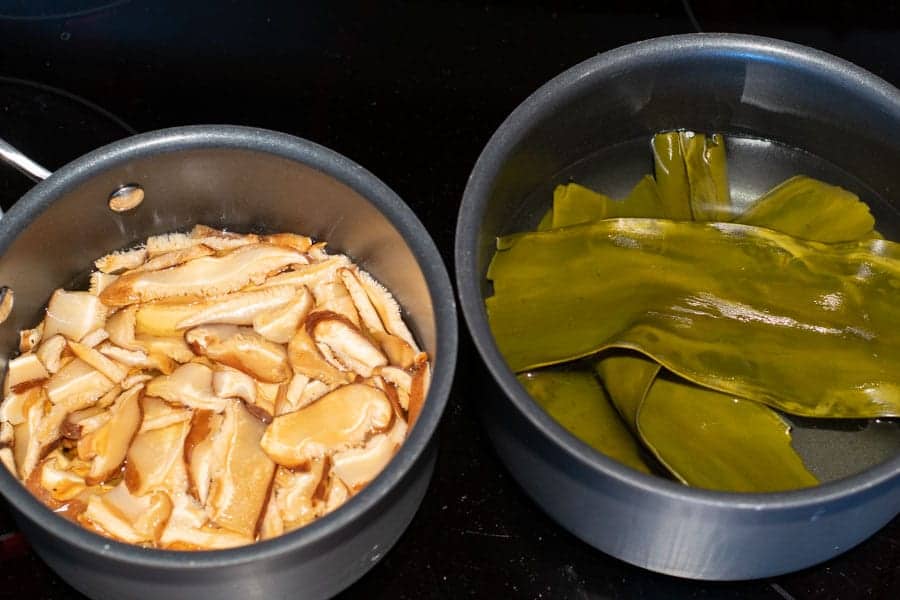 The mushroom broth is quite simple with 1 packet of dried shiitake mushrooms bathed in hot water. You dispose of the mushrooms, the only thing you want from this is the amazing mushroom flavor.

The Dashi broth consists of kombu (dried seaweed) and katsuobushi (dried fish flakes). Okay, so maybe there aren't a zillion ingredients and making the broth isn't exactly a huge amount of steps. But i'm used to throwing some ingredients in a ziplock bag, adding meat, and you are immediately marinating some jerky! This recipe has a couple more steps, but not too bad...

Just like the mushroom broth, all you want is the liquid and none of the seaweed or fish flakes. Once finished; several cups of both broths are blended together, yuzu added, and brought back to a boil in order to make sure they are well blended. After they have blended, allow them to cool and your marinade is ready. Make sure not to add the meat until the broth has cooled down to room temperature or below.

I have detailed instructions on how to make these two broths in the recipe card below. Don't let the ingredients turn you off from making this jerky. As I mentioned earlier, they can be found online or at a local Asian supermarket.

So how does it taste? GREAT!!! The first thing you notice is a great Asian flavor followed by an orange and chili spice at the end. For such a small amount of red yuzu this jerky has a lot of spice, yet is also savory. So order your ingredients and get to making some Yuzu Beef Jerky! 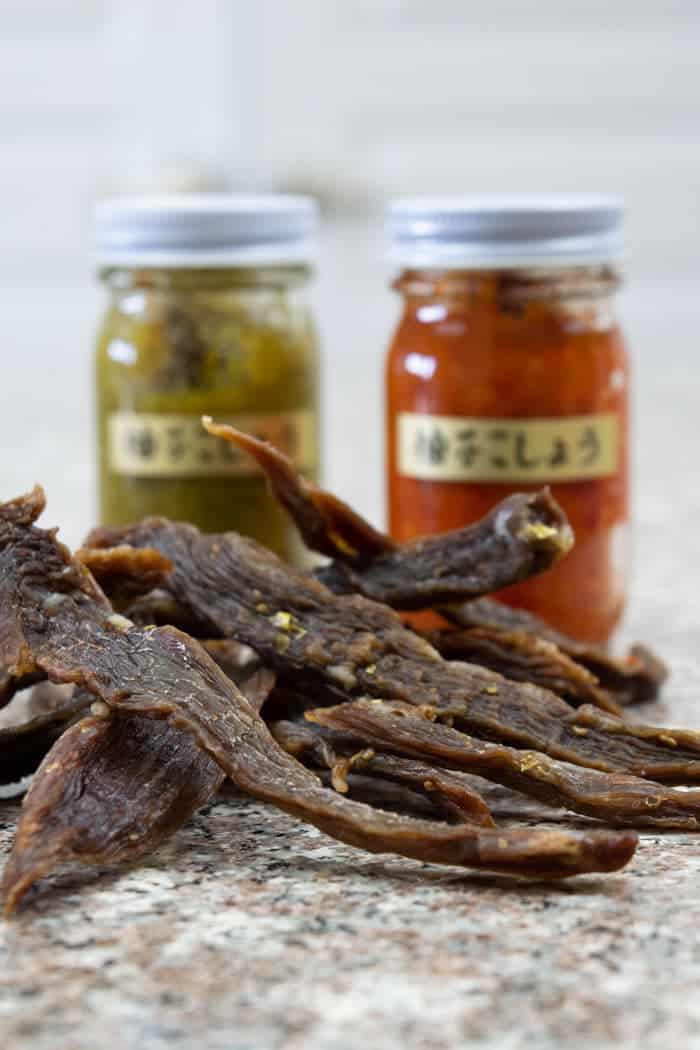 For more in depth directions on how to dry your turkey jerky, visit my page Jerky Making Methods or click on the pictures below.